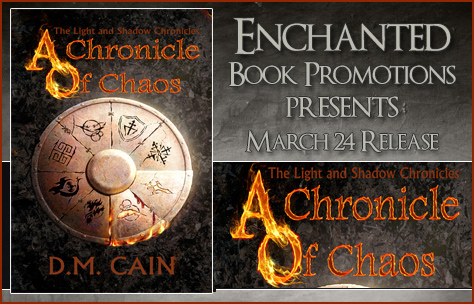 We’re scheduling a release blitz for fantasy “A Chronicle of Chaos” on March 24.