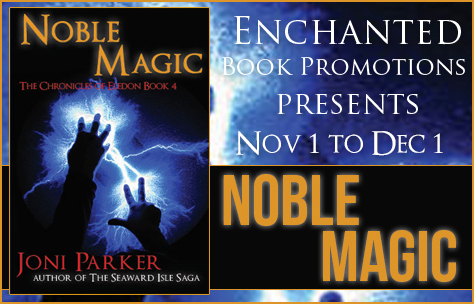 We’re scheduling a tour for “Noble Magic: The Chronicles of Eledon Book Four”. The tour runs from November 1 to December 1. 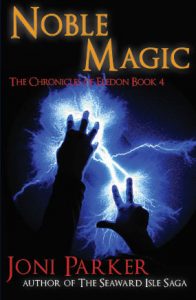 Lady Alexin (Alex) battles a band of mortal wizards known as the Octagon, discovers the mysteries of the five legendary diamond eggs, and finally comes into her true powers gifted to her by her conquests and the gifts of her Titan ancestors. Tasked with the seemingly impossible, Alex must find a way to restore the entry points to Seaward Isle or see its inhabitants face certain destruction as the grid holding Eledon together threatens to fall apart. 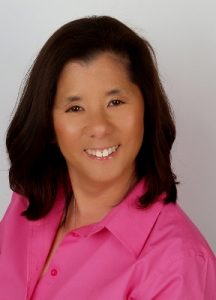 Joni currently lives in Tucson, Arizona, but she was born in Chicago, lived in Japan, graduated high school in Phoenix, and got married in New Jersey. Not only was she married to a career Navy sailor, but she also completed 22 years of active duty service herself. She holds a bachelor’s degree in accounting, an MBA, and a Master of Military Arts and Sciences (MMAS) from the U.S. Army Command and General Staff College.  After her husband passed away, she returned to the work in the Department of Homeland Security until she discovered her love of writing. She retired again and has written two series, “The Seaward Isle Saga,” a three-book series, and “The Chronicles of Eledon” with “Spell Breaker,” “The Blue Witch,” “Gossamer,” and “Noble Magic.”