Release Blitz In The Tower of the Wizard King

We set up a release blitz for fantasy “In The Tower of the Wizard King” on September 1.

Schedule In The Tower of the Wizard King

Up Til Dawn Book Blog 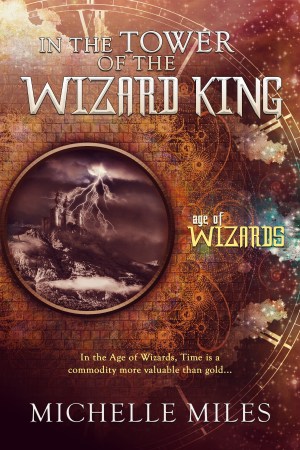 Title: In The Tower of the Wizard King

In the Age of Wizards, Time is a commodity more valuable than gold. When Aoife (EE-fa) stumbles upon an antique trunk in the attic, it calls to her with an ancient magic. Inside she finds a stairway leading into darkness and cannot resist stepping onto that first stair. It leads her to dark truths her mother never wanted her to uncover and love so powerful she walks through time to save it.

Her magic is dormant.

When Aoife Burke rushes home after the unexpected death of her father, she discovers her mother has vanished amidst inexplicable circumstances. She returns to her childhood home to search for clues of her mother’s whereabouts but another shock awaits her. Sean O’Connell, the object of her girlhood crush, has purchased the family home. She senses Sean is hiding something from her, refuses to let her inside and does everything he can to keep her out. A determined Aoife breaks inside and stumbles upon an antique trunk in the attic. When she opens it, instead of the normal musty clothes and ancient letters, she finds a stairway leading into darkness. It calls to her and she cannot resist stepping into the trunk and onto that first stair where it leads her to magical truths her mother never wanted her to discover.

His magic is dangerous.

Sean O’Connell has been assigned by the Inter-dimensional Portal Protection Agency to keep Aoife and her mother out of Faery. But when she breaks into the house and disappears through the portal in the trunk—like her mother—he has no choice but to follow her, even though stepping into Faery will force him to face his past. Keeping her safe and out of the hands of the Wizard King also becomes a fight to save Aoife’s life from her own mother, who has discovered a time portal in Faery leading her back in time to alter her past mistakes, putting Aoife’s life in peril. Sean is willing to do anything to make sure she’s safe. Even if it means he has to tap into his dangerous magic to do it. 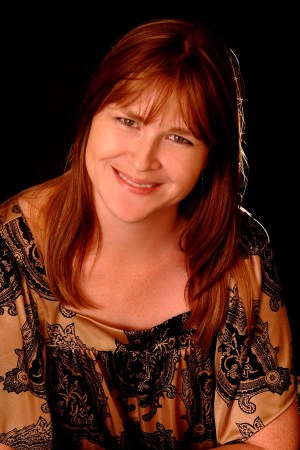 Michelle Miles grew up in North Central Texas in a rodeo town but was far more interested in nerdy things like Star Trek and Star Wars. She started writing fan fiction in high school. When being an archeologist like Indiana Jones or a Dallas Cowboys Cheerleader didn’t work out, she decided writing was her gig and has wanted to write her own stories ever since.

Her love of romance started when she picked up Victoria Holt and Daphne du Maurier and was immediately smitten with the genre. But she also found another love in the fantasies of Patricia A. McKillip and Anne McCaffrey. Since she couldn’t decide which genre to pick—and because she’s a true Gemini—she decided it would be super fun to write contemporary and fantasy romance. She is a member of Romance Writers of America and has served on the board of several chapters as president and treasurer.

In her spare time, she enjoys listening to music, reading, cross-stitching and watching movies. A Native Texan, she loves castles, dragons, fairies and elves and is an avid Game of Thrones fan. She can be found online at Facebook, Twitter, Pinterest and Goodreads.

Find me on the Web: