Scheduling Tour for Reclaiming What is Mine 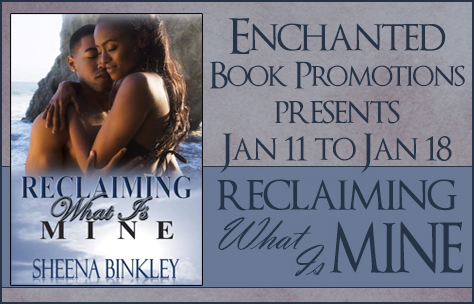 We’re setting up a book tour for romance “Reclaiming What is Mine”. The tour runs from January 11 to January 18. 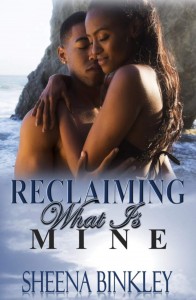 Title: Reclaiming What is Mine

Asia Alexander has had a rough couple of months, from losing her job to losing the place she shared with her husband, Dwight. To make matters worse, Dwight doesn’t want to do anything to help the situation. Asia is at her wits end and doesn’t know what more she can do. She wants to reclaim her life but doesn’t know where to start until one fateful day, she walks into a coffeehouse and meets Bryon Gibson. Bryon is everything that Dwight is not, and Asia wants to get to know him. But when she starts to get attached, she wonders if she should continue their friendship before she destroys what’s important to her, her marriage.

Bryon Gibson didn’t believe in love until he set his eyes on Asia. She’s everything he wants in a woman, but there’s one thing blocking his chances with her: She’s married. But when Asia finds out that he’s been keeping a major secret from her, will he be able to regain her trust, or will he have to walk away in order to protect her?

Due to his various misdeeds, Dwight Alexander is slowly losing his wife. From their financial problems to growing apart, their issues have taken a toll on him, causing him to seek comfort in someone else. But he’s also withholding information about his profession and wonders if his marriage is worth fighting for, or if he should just move on with his life.

Sheena Binkley first discovered her love for storytelling when writing her first story for a class project at the tender age of nine. Since then, she has composed several short stories and numerous tales that are not only engaging, but simply entertaining. She is also a freelance writer, penning articles on various topics including education and entertainment. In November of 2014, she signed her first publishing deal with Write House Publishing under “Tiece Presents”. Her first series, Something Just Ain’t Right, was released in January. Besides writing, she loves reading, shopping, and spending time with family and friends. She lives in Houston (where the weather is always unpredictable) with her husband and son.