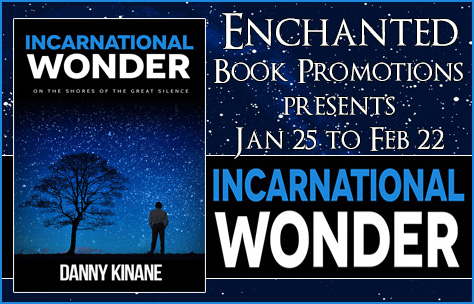 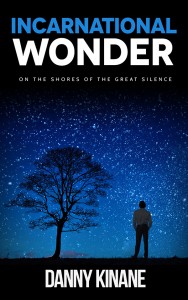 Incarnational Wonder, even though written in old age and through a bout of severe sickness, has been very revealing on a personal level. Its writing has brought me to a clarity, more than a conviction of mind, something deeper, of what it means to be a human being, at the heart of which is spirituality. Its main focus is to, initially, isolate spiritually and see it what it really is: the bedrock not only of personal reality, humanity, but indeed of all reality. This foundation is found not so much in sacred documents such as the Bible or the Quran or in churches dogmatic teachings but in the human spirit itself in its everyday dialogue through experience. Experience is at the heart of the book, an in-built director of where our lives are going – and why and how. Academic disciplines such as theology and biblical studies take a secondary role. Today’s spirituality is saying to us we must find meaning within ourselves, our own spirits, if we are to thrive in, and indeed survive, modern life.

I came to Australia as a migrant from Ireland in 1973 to teach high school; as it turned out in both Victoria and Queensland. After five rather demanding years I decided to return to a previous interest and concern and eventually became a priest in the Catholic Church in North Queensland. This became an interesting and varied experience over the next twenty years, especially as a priest in the North-west of the state, so different from the urban areas of the east coast in its spiritual needs. But the main message over those twenty years emerged clear and powerfully: religion was dying because its spiritual base was so inadequate. I eventually retired from the church to spend my twilight years living a more contemplative lifestyle in the southern Queensland bush. I also began to write. “Incarnational Wonder” is my fourth book.