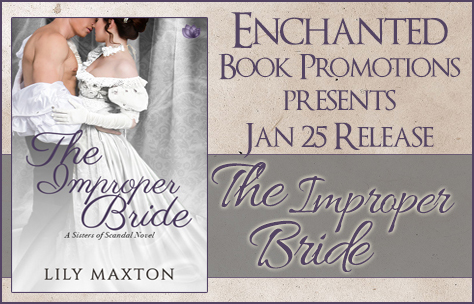 We’re setting up a release blitz for historical romance “The Improper Bride” on January 25.

Please let us know if you’d like to host this release. 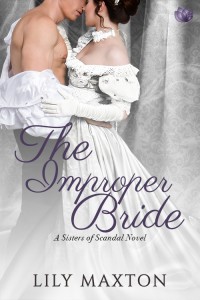 Cold, arrogant, and demanding Henry Eldridge, Marquess of Riverton, would never dally with a mere servant. But when Henry is injured in a horrible fire, his pretty housekeeper Cassandra nurses him back to health, throwing them together day and night. As he slowly heals from his burns, their friendship blossoms, and the class walls between them start to crumble. Cassandra is surprised by glimpses of a kind and thoughtful man beneath her employer’s hard façade—and even more surprised when she develops tender feelings for him. But anything between lord and servant is impossible…and besides, as a widow, she knows love only leads to heartbreak.

Henry is changing, as well. His close brush with death has opened his eyes to his self-imposed emotional isolation…and has urgently reminded him of his duty to marry a well-bred lady and produce an heir. Determined to do right by his family name, he immediately begins searching for a suitable bride. But Cassandra is the only woman who is never far from his mind or his heart. Contrary to everything he’s been taught to believe, he realizes his lovely housekeeper might just be his perfect match. Now, if only he could convince everyone else of that. Especially Cassandra… 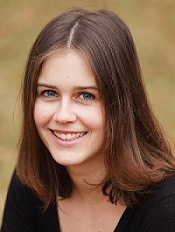 Lily Maxton grew up in the Midwest, reading, writing, and daydreaming amidst cornfields. After graduating with a degree in English, she decided to put her natural inclinations to good use and embark on a career as a writer. When she’s not working on a new story, she likes to tour old houses, add to her tea stash, and think of reasons to avoid housework.