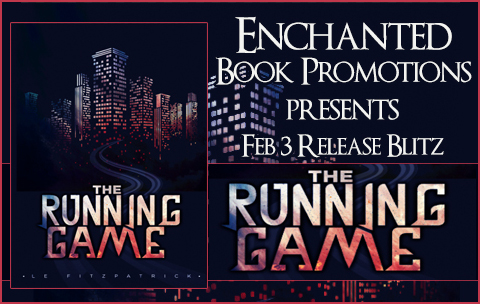 We’re setting up a release blitz for dystopian “The Running Game” on February 3.