Scheduling Tour for Confessions of a Punk Rocker 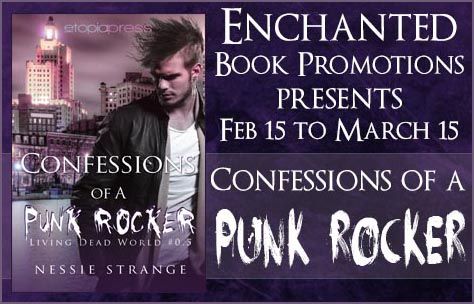 We’re scheduling a tour for urban fantasy / paranormal “Confessions of a Punk Rocker”. The tour runs from February 15 to March 15.

We’re setting up book reviews, book excerpt posts, author interviews, character interviews and giveaways for during the tour. Giveaway would be for a $10 amazon gift card. 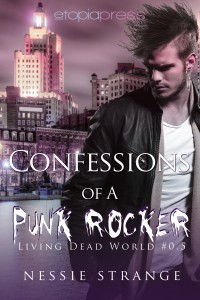 TITLE: Confessions of a Punk Rocker

The dead should stay dead…

Jack Norris has just lost his best friend—who also happened to be his band’s drummer—to a drunk driving accident. As he struggles to deal with the band’s uncertain future and his own personal demons, those issues soon become unimportant. His dead friend has come back. And he’s not showing any signs of going away. Questioning his own sanity, Jack finds his life spiraling out of control. But when a new acquaintance not only hooks him up with a drummer, but promises to help get rid of his ghostly stalker, Jack’s life does a one-eighty.

Drew MacLellan, the new drummer, is more than just a new set of sticks—he’s the brother of the insanely hot Jen MacLellan, who’s definitely not Jack’s biggest fan. Jen is nothing like the women Jack’s dated in the past, but the more he gets to know her, the deeper he falls. The only problem is she’s got a boyfriend. Caught between his growing attraction and the desire to do the right thing, Jack does everything he can to keep his distance. But the more he sees of her, the more he realizes he can’t. He’s determined to win Jen’s heart, if only he can figure out how to help his dead friend rest in peace…permanently. 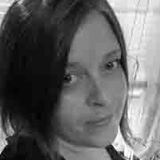 Nessie is a Massachusetts native and mother of two who has dabbled in everything from abstract painting to freelance sports reporting. She also loves a good story, whether it’s reading or writing one. The first two novels in her Living Dead World series–Living Dead Girl and Reaper Madness–were published in 2014