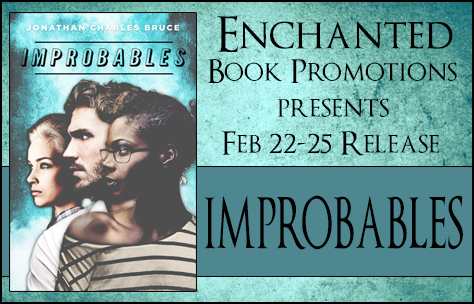 We’re scheduling a release blitz for paranormal romance “Improbables” from February 22 to February 25. You can host a promo for this on any day of the release blitz, just let me know when you’ll host. 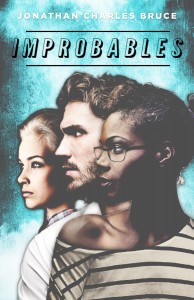 Abigail Wren’s new life fresh out of college is dull, even with her (almost) dream job at the local newspaper. The only real excitement she can get is found between the pages of an endless stream of paranormal romance novels she can’t help but love. Then, on a snowy night in December, Abigail catches a glimpse of what could only be described as a werewolf. Enamored with the possibility, her investigation leads her to discover a paranormal population—improbables—harmoniously living in the midst of humanity. Between making eyes at a perpetually grumpy werewolf and hanging out with a vampire with a lust for life (and liquor), Abigail’s life takes a shaky step out of the ordinary and into the fantastic. Just outside of the sleepy town of Whitewater, however, a force of rage is building. Born of hate and delusion, a living cataclysm threatens to devour everyone in its path—human or improbable.

Jonathan Bruce began writing what amounted to terrible Star Trek: The Next Generation fan fiction when he was four… provided that you accept that “forcing other people to write what he said” is the same thing as “writing”. Although the original manuscripts are lost (or perhaps destroyed), we can rest assured that his prose has improved significantly since then. After high school, he began writing and directing plays which gradually improved depending on whom you ask. He discovered his love of a good fight scene after writing a Dracula knock-off which took a 19th century classic and made it less about Victorian yearning and 300% more about stabbing things in the jugular. He has a Master’s Degree in History, thanks largely to his thesis focusing on MUSIC, a Milwaukee-based school desegregation campaign during the 1960’s. He also enjoys discussing/making fun of pop culture of the 20th century and reading books of a non-historical nature. In his off moments, you can catch him writing for fun or making inane movies about nothing in particular.