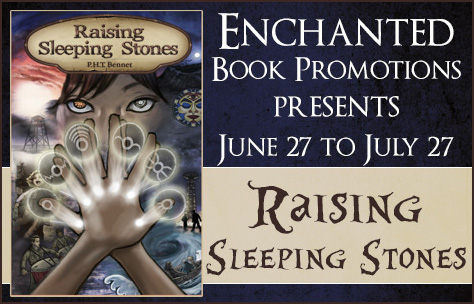 We have .pdfand .epub copies for reviewers. 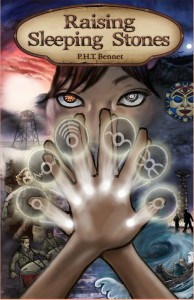 Like every kid in Solasenda, 11-year-old Kiva Stone has been far too busy training for one of the five town guilds to think about something as useless as dreaming. But when she and her sister DeeDee uncover a mysterious plot to get rid of them, their only hope lies with a shadowy group of people who get unimaginable powers from their dreams. As the girls escape with them up the river, they start learning secret dreaming techniques that have been forbidden for centuries. But how can they learn enough to stand against the enemies chasing them? The answer lies in the shattered history of Orora Crona, the lost Valley of Dreams, and whoever can piece it together first will rule for centuries to come. 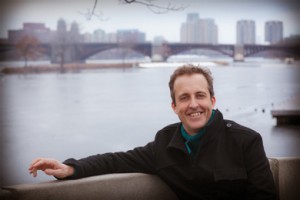 P.H.T. Bennet began exploring his dreams when he was a child and has never bothered to stop. He had the good luck to have two daughters, Juliette and Paola, who not only served as the inspirations for DeeDee and Kiva, the main characters of Raising Sleeping Stones, but also helped him turn their family dreamwork sessions into this book. His lucky streak grew when he married his lovely wife, Mim,who tolerates his turning on a light in the middle of the night to write down ever-crazier dreams and talking about them in the morning as long as he lets her sleep in, first. His favorite dreams involve flying, visiting the dead, and replaying nightmares until they reveal their secrets.

Pratt’s latest projects are editing Book Two of the Orora Crona Chronicles and planning a virtual summer dreaming camp with other dream authors.