Scheduling Tour In The Line of Duty 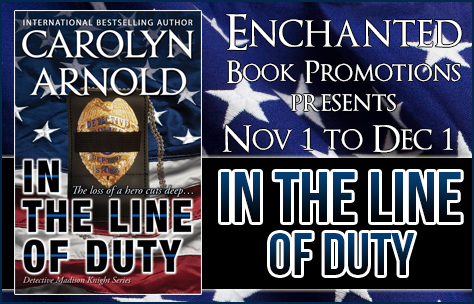 We’re scheduling a tour for mystery “In The Line of Duty”. The tour runs from November 1 to December 1. 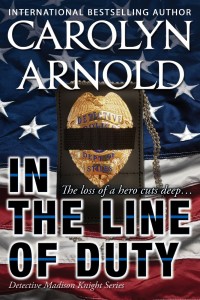 Title: In The Line of Duty

He devoted his life to seeking justice. But would she get any for him?

It was an ordinary day for police officer Barry Weir. It was the end of shift, he was tired, and he just wanted to get home to his wife and kids. But someone had other plans for him—shooting him down and forcing him to make the ultimate sacrifice.

When news of Weir’s murder reaches the precinct, it leaves Detective Madison Knight and every cop in the Stiles PD itching for revenge. It cuts Madison’s boyfriend, colleague, and Weir’s childhood friend, Troy Matthews, deepest of all, driving him away from everyone he loves, just when they need one another the most.

With evidence pointing to a gang-related drive-by, Madison and her team investigate the town’s seedy underbelly in search of justice for their fallen brother. But the deeper they dig, the more convoluted the case becomes. Now they need to figure out if this was a random shooting as part of a gang initiation, a straight-up hate crime, or a targeted kill. But with the Stiles PD under attack, they have to do it fast…before more people pay with their lives.

CAROLYN ARNOLD is an international best-selling and award-winning author, as well as a speaker, teacher, and inspirational mentor. She has four continuing fiction series—Detective Madison Knight, Brandon Fisher FBI, McKinley Mysteries, and Matthew Connor Adventures—and has written nearly thirty books. Her genre diversity offers her readers everything from cozy to hard-boiled mysteries, and thrillers to action adventures.

Both her female detective and FBI profiler series have been praised by those in law enforcement as being accurate and entertaining, leading her to adopt the trademark: POLICE PROCEDURALS RESPECTED BY LAW ENFORCEMENT™.

Carolyn was born in a small town and enjoys spending time outdoors, but she also loves the lights of a big city. Grounded by her roots and lifted by her dreams, her overactive imagination insists that she tell her stories. Her intention is to touch the hearts of millions with her books, to entertain, inspire, and empower.

She currently lives just west of Toronto with her husband and beagle and is a member of Crime Writers of Canada.

And don’t forget to sign up for her newsletter for up-to-date information on release and special offers at http://carolynarnold.net/newsletters.