Scheduling Deluxe Tour On The Run 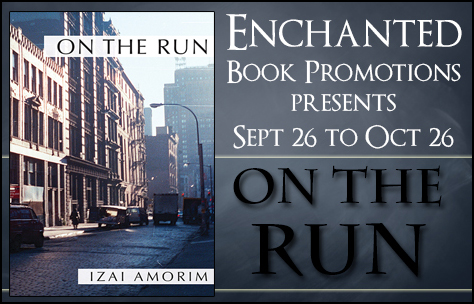 We’re scheduling a tour for literary fiction “On The Run”. The tour runs from September 26 to October 26.

The book is available from Netgalley, and we can send the widget. 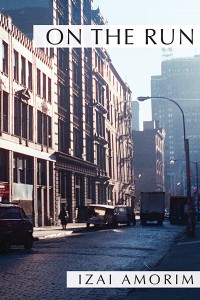 New York City, early 1990s: a young, rich, and well-educated Central American man on the run from the police and Colombian drug dealers. He is accused of crimes he didn’t commit. Ready to do what it takes to survive, Pablo ironically embraces the very drug trade that threatened his life in the first place. Who is he?

What is he really capable of? The question of identity is at the heart of On The Run. More than a

contemporary story of survival, it’s a journey of self-discovery.

Pablo’s voice is funny, sometimes mean and merciless. He moves with nightmarish ease from recounting his adventures to recollecting his early life. Not always politically correct, On The Run gives you an insightful, twisted, humorous, and often disturbing view of conflicting worlds and beliefs: North and Latin America; black, brown, and white; rich and poor; rational and esoteric—and shows how they mix, match, and clash.

“Make me think, make me laugh, make my day!”

That’s why Izai Amorim reads and writes books. He has great interest in the interplay of media, information, and politics in a globalized world and the quest for identity and borders in a worldwide cultural melting pot.

Izai was born and raised in Brazil but spent most of his adult life abroad, briefly in the USA, mostly in

Germany. He was trained as an architect and worked many years in this profession. But his real passion is story telling. At some point in his life he decided to mix storytelling with architecture, changed professions, and became a branding consultant, something that he loves and has been doing to this day.

His first novel, The Games (2013), is a humorous but dark, even mean, political thriller. This mother of all conspiracies shows how information is processed to create and spread the stories needed to establish power structures not accountable to anyone.