Scheduling Tour for Beyond the Spotlight 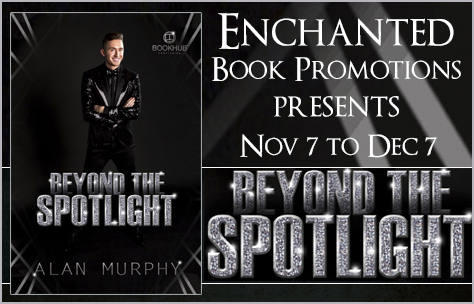 We’re scheduling a tour for “Beyond The Spotlight”. The tour runs from November 7 to December 7.

We’re setting up author interviews (preferred), book excerpt posts, promo posts, book reviews and guest posts for during the tour. We have .pdf copies for reviewers. 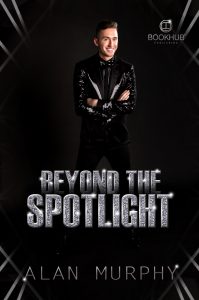 Title: Beyond the Spotlight

Beyond The Spotlight is the eagerly awaited first book by radio show host and entertainment journalist Alan Murphy. This explosive, tell-all book takes you inside the celebrity bubble and includes never-before-told stories about the likes of Michael Jackson, Jay-Z, Janice Dickinson, Prince and Lindsay Lohan. It lifts the lid on life in the limelight and explores celebrity culture, bringing you all the highs and lows, tears and tantrums from Tinseltown. Featuring exclusive interviews with everyone from Charlize Theron and Paris Hilton to Enrique Iglesias and Niall Horan, Beyond The Spotlight is an absolute must read for all showbiz fans and gives you unlimited access to the biggest stars on the planet. Already an Amazon Top 10 Best Seller, Beyond The Spotlight has received huge media attention in Alan’s home country. It’s your VIP ticket to the world of fame and celebrity…

Alan Murphy is a well-known Irish radio show host and entertainment journalist and has been a popular and permanent fixture on Ireland’s airwaves with Galway Bay FM for over a decade. He has written for countless magazines both nationally and internationally and worked as a showbiz editor and weekly columnist, reaching millions of readers. Alan, who spends a lot of his time at the legendary Chateau Marmont in LA, has covered everything during his career from the tennis at Wimbledon to movie premieres in Hollywood – he’s even had lunch with Paris Hilton, gone to modeling school with Janice Dickinson, and attended the biggest VIP parties imaginable. He’s met a who’s who of Tinseltown and is finally sharing his stories and experiences in his long-awaited first book Beyond The Spotlight. Alan has a passion for all things showbiz and has wanted to write a book ever since he was a little kid. Signed exclusively to the Book Hub Publishing house in Ireland, Alan has already begun work on his second book to be released in 2017.