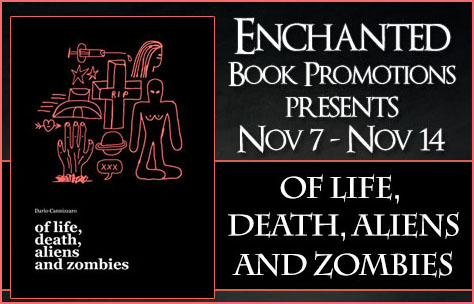 We’re scheduling a tour for literary short story collection “Of Life, Death, Aliens and Zombies”. The tour runs from November 7 to November 14.

We’re setting up book reviews, book excerpt posts, author interviews and giveaways for during the tour. 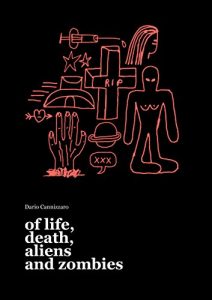 Misnomer on purpose, this amazing debut rocks nine short and amusing stories that talk about life, death (as the title suggests), love, loneliness, art, sex, drugs, culture, religion but also – much less than you would expect – aliens, zombies and much more.

DARIO CANNIZZARO was born in the sun-eaten Naples, Italy in 1982. He moved to Ireland in 2011, and has called it home ever since. He started writing short stories at seven, which are shamefully lost forever, but has never stopped writing since. His works have been published in Italian and English in Literary Magazines such as The Galway Review, Two Thousand Words and Chantwood Magazine.