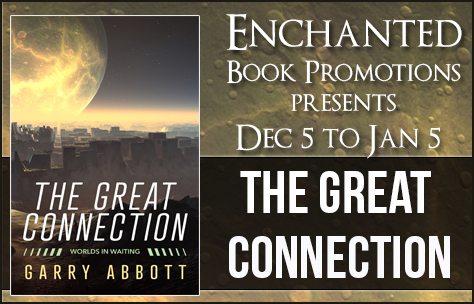 We’re scheduling a tour for scifi “The Great Connection: Worlds in Waiting”. The tour runs from December 5 to January 5. 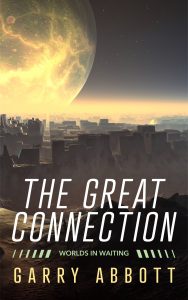 Following an unfortunate incident involving a delivery drone, a fishing net, and a very tall tree; Raif Masters finds himself forced by his overprotective alpha parents to spend his last school holiday exploring extraterrestrial worlds in ‘The Great Connection’: a real-time simulation of the observable universe, rendered into virtual reality home entertainment.

But Raif, a “child of three”, is not alone. Terry, bound to the service of the Masters family, is looking forward to a very early retirement after one last summer looking after his young charge.

Together they meet Cinder, a fellow simunaught who is seeking a crew to share a secret discovery from the other side of the galaxy that could change the life of the Masters, and the future of the Earth, forever.

But are some discoveries best left unconnected? 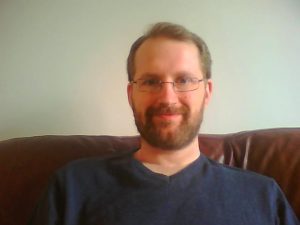 Garry Abbott is a science fiction author from Staffordshire in the UK where he lives with his wife and two cats.

Garry has published the short story collection ‘The Dimension Scales and Other Stories’, and his first full length space opera novel: ‘The Great Connection: Worlds in Waiting’. He is currently working on his third title, a sci-fi comedy, working title: ‘Transported’.

As well as writing science fiction, Garry has regularly contributed topical comedy sketches for the BBC and produced scripts for community arts productions and performances.