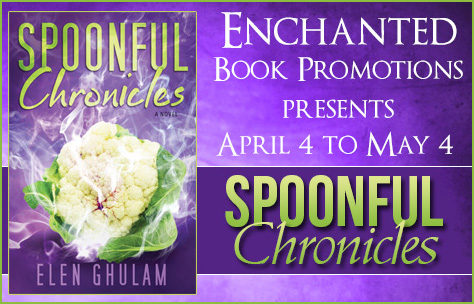 We’re scheduling a tour for women’s fiction “Spoonful Chronicles”. The tour runs from April 4 to May 4. 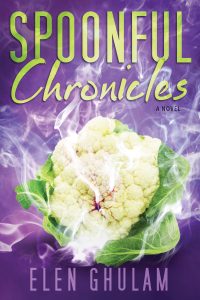 Thaniya Rasid grew up in the Middle East dreaming of becoming a surgeon. Now living an ordinary life as a mother, wife and a hospital lab tech in Vancouver, Canada, she garners unexpected fame as youTube’s Queen of Hummus when her video demonstrating the recipe goes viral. How could blending chickpeas in a food processor generate so much excitement? And how could her life have ended up so far away from all her expectations?

To make sense of the unlikely events that have brought her to this place, Thaniya turns to food, curating memorable eating experiences of her life, searching for clues. Between her childhood aversion to cucumbers, her search for an authentic Iraqi kubeh in the city of Jerusalem, her 10-year tomato wars with her husband Samih, a mood altering encounter with a blood pudding in Edinburgh, and a Kafkaesque nightmare involving a cauliflower, Thaniya unravels repeated patterns occurring in her life. The secrets of love, friendship and destiny hidden in her cauldron of mishmashed cultures begin to reveal themselves.

Between lust and disgust there is a thin line. Spoonful Chronicles is the beguiling story of one woman taking hold of her fate by uncovering the clandestine geography of this divide in her heart. 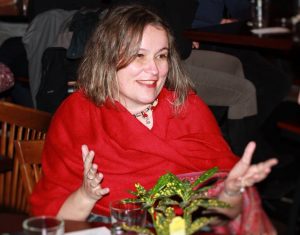 My name is Elen. I am an Iraqi-Canadian. Please allow me to tell you a story of a curios event that happened to me. I was a perfectly happy computer programmer doing the nerdy stuff that computer programmers do. You know! Geeky stuff. Like the normal stuff that an Iraqi-Canadian would do if they worked as a computer programmer. When one day, out of nowhere, the inspiration to write hit me over the head. It came at me fast and furious and turned my life topsy turvy. I was always an avid reader. Ok I was a bookish geek. But the idea that I would try to write never even occurred to me, until the violent incident with the muse. Since then I have published a memoir called “Don’t Shoot! … I Have Another Story to Tell You“. Which Was followed by a novel called Graffiti Hack. That one tells the story of a hacker who installs lavish graphical designs on commercial websites. Imagine the trouble she gets in? Well I had to. I was writing the story, so I had to imagine every last bit. A third novel is on it way. I don’t know where all these ideas come from, they just pop in my head and I write them down. In addition to writing, I am a flamenco dancer, I enjoy painting and I love to cook. Somehow all these activities inspire each other.

I am a married mother of three, living in a pink house in Vancouver BC. Really I just love telling stories and I love listening to stories.

Get your copy from Amazon