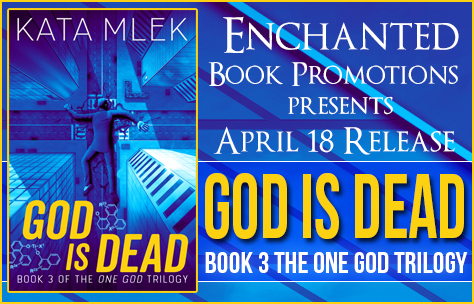 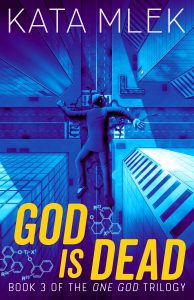 Title: One God – God is Dead

Miran, Satia, and Flins have crushed all opposition, and Genesis dominates the market.

From a position of strength, they launch an all-out campaign to take total control of the European economy. Using everything from manufactured pop idols to underground whisper campaigns, Genesis expands into forbidden new areas, daring anyone to stand in their way.

But the old elites of Europe will only tolerate so much provocation. Setting aside their differences, they mount their most devious and merciless attack yet.

Within months, Miran is afflicted by a mysterious illness, and may be close to death. The media campaign unravels and public sentiment turns against Genesis. Legal troubles mount. And then, the kidnappings begin…

Desperate to survive, Genesis breaks an unbreakable taboo… and nothing can prevent the consequences.

The thunderous conclusion to One God rushes boldly through new and unexpected ideas, redefining the limits of a thriller. It all ends with a final twist that will have you re-reading the series to figure out exactly when Genesis made its one, fatal mistake.

Note: contains strong language and some disturbing scenes. For mature readers only. 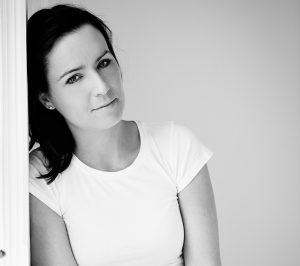 I began my writing career in 2012 after leaving the IT industry. In Poland, I’ve had several successful novels published by traditional publishers. In 2015, I made the decision to switch to self-publishing and start my international career.

In 2016, I published One God—a trilogy of techno-thrillers about corporate control of genetic modifications. Originally published in Polish as a single long novel, the English version was expanded and re-written to create a trilogy with lots of great new scenes.

Now I’m working on another psychological thriller, a brand-new story written directly in English for my English readers.

All of my books cross genres—I like to experiment with different styles to create the effect I want, and to give my readers a unique experience. My Polish background gives me a different perspective and makes my writing fresh, although I feel it’s still accessible—inside we’re all the same, after all.

You can read my free short stories, get writing tips, and catch up with me on my blog at katamlek.com. If you like my work, you can become my patron on Patreon and get future books for free. And of course, you can find me on Amazon, Facebook, Twitter, Instagram and Pinterest.

One Response to "Scheduling Release Blitz God is Dead"