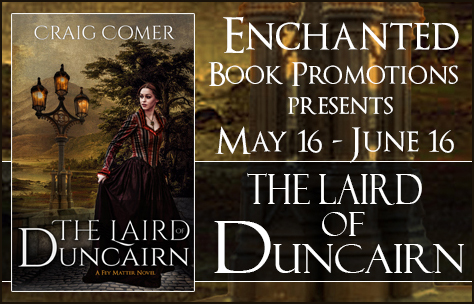 We’re scheduling a tour for gaslamp fantasy “The Laird of Duncairn”. The tour runs from May 16 to June 16. 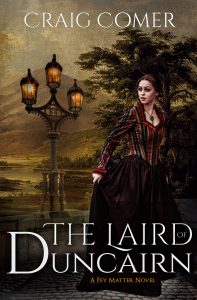 Title: The Laird of Duncairn

The year is 1882 Scotland, and the auld alliance betwixt king and fey has long been forgotten. Men of science, backed by barons of industry, push the boundaries of technology. When Sir Walter Conrad discovers a new energy source, one that could topple nations and revolutionize society, the race to dominate its ownership begins. But the excavation and use of this energy source will have dire consequences for both humans and fey. For an ancient enemy stirs, awakened by Sir Walter’s discovery.

Outcast half-fey Effie of Glen Coe is the Empire’s only hope at averting the oncoming disaster. Effie finds herself embroiled in the conflict, investigating the eldritch evil spreading throughout the Highlands. As she struggles against the greed of mighty lords and to escape the clutches of the queen’s minions, her comfortable world is shattered. Racing to thwart the growing menace, she realizes the only thing that can save them all is a truce no one wants. 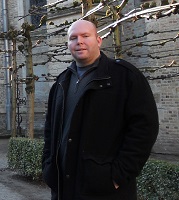 Craig Comer is the author of the gaslamp fantasy novel THE LAIRD OF DUNCAIRN and co-author of the mosaic fantasy novel THE ROADS TO BALDAIRN MOTTE. His shorter works have appeared in several anthologies, including BARDIC TALES AND SAGE ADVICE and PULP EMPIRE VOLUME IV. Craig earned a Master’s Degree in Writing from the University of Southern California. He enjoys tramping across countries in his spare time, preferably those strewn with pubs and castles.

3 Responses to "Scheduling Deluxe Tour The Laird of Duncairn"