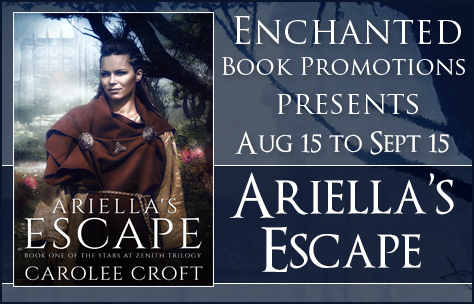 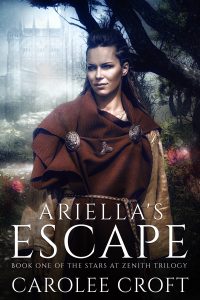 Ariella had always believed that the life of a warrior should include indulging in wine and men whenever they were on offer… And in Chaldea, the capital of the old empire, they certainly were.

Especially the man she finds in her bedchamber, a slave provided by her hosts to entertain her in any way she wishes.

But when betrayed and surrounded by enemies in a strange land, there is only one man she can trust—the slave who was meant only for her pleasure but is much more than he seems.

Demetrius had been captured in a battle at the age of fifteen, and slavery was all he had known in his adult life. When his chance for freedom comes along, his fate is bound to the noble warrior maiden whose voice and body he cannot resist. Duty calls him to return to his kingdom, but the journey will take him places that will change him forever.

Together, they make their way through a den of thieves and an enchanted elf forest, but the biggest danger of all may be their fiery attraction to each other and the secret that will draw a dividing line between them.

Enchanted by romance on page and screen, I have always tried to write my own versions of the perfect fairytale. As for real life, I believe I may have already found the man of my dreams, but I still haven’t found the dog of my dreams. Currently, I’m obsessed with Italian greyhounds. I can usually be found enjoying the outdoors or relaxing with a good book on the west coast of Canada.