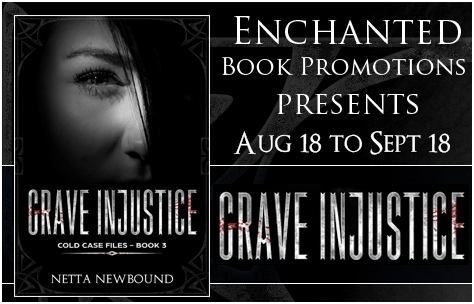 We’re scheduling a tour for psychological thriller “Grave Injustice”. The tour runs from August 18 to September 18.

Geri and James return in their most explosive adventure to date.

When next door neighbour, Lydia, gives birth to her second healthy baby boy, James and Geri pray their friend can finally be happy and at peace. But, little do they know Lydia’s troubles are far from over.

Meanwhile, Geri is researching several historic, unsolved murders for James’ new book. She discovers one of the prime suspects now resides in Spring Pines Retirement Village, the scene of not one, but two recent killings.

Although the police reject the theory, Geri is convinced the cold case they’re researching is linked to the recent murders. But how? Will she regret delving so deeply into the past? 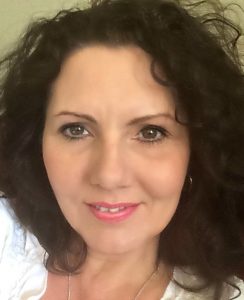 Netta Newbound is the author of twelve popular thriller novels/novellas to date including the Adam Stanley Thriller Series and the Cold Case Files. Her debut psychological thriller, An Impossible Dilemma, shot up the charts in 2015 in both the UK and US reaching #1 in several thriller and horror categories. This rapid success gained Netta a name for herself in the thriller genre. The Watcher, another of her bestsellers that reached the top 20 in the Amazon chart, was published through Bloodhound Books, who will also publish her next book, Maggie, in October 2017.

Originally from Manchester, England, Netta has travelled extensively and has lived and worked in a variety of exciting places. She now lives in New Zealand with her husband. They have three grown up children and four grandchildren.