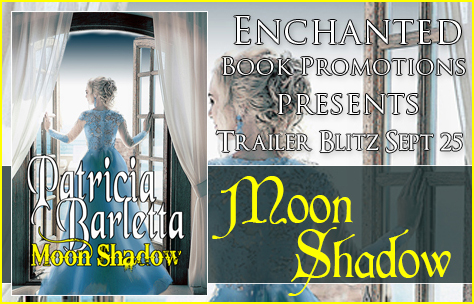 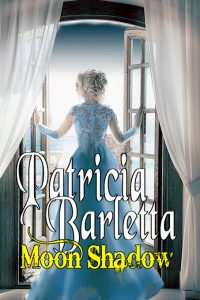 Antonio d’Este, Duke of Auriano is ambushed by a highwayman just outside of Paris. Not only does the outlaw rob him of all his coin, the thief also snatches the magical moonstone which curbs the terrible, devastating cravings of the Hunger, a side effect of the family curse. Antonio is determined to find the thief no matter what, and take back what is his.

Solange Delacroix is forced to live two lives, as a ruthless highwayman and as the beautiful, seductive Madame de Volonté, who runs a salon of the demimonde and is mistress of the cruel Marquis de Vernoux. When she steals a moonstone pendant from the handsome stranger and he turns up at her salon seeking revenge and the stolen item, she must keep her life from toppling into a maelstrom of danger and death.

Antonio and Solange come together in a dangerous dance of secrets, thievery, and passion. Hounded by the evil sorceress Nulkana, threatened by the ruthless King of Thieves, menaced by the cruel Marquis de Vernoux, their safety hangs in a precarious balance. Only trust in each other will help them come out alive. 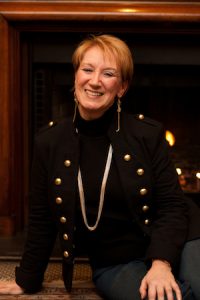 I’ve always wanted to be a writer. That was right after I realized that becoming a fairy ballerina or a princess wasn’t going to happen. But being a writer meant I could go places in my head and be other people as much as I wanted. I could even be a fairy ballerina or a princess! My stories have always had romance and history in them. I feel that one sparks the other. I’m not sure I’d really want to live in the past with no running water, take-out menus, flush toilets, hair dryers or antibiotics, but it sure is fun to dream. Besides, swashbuckling pirates and Regency men in their tight, buckskin breeches are hot.

I’m a native of the Boston area. Its history has inspired my writing, and probably influenced my decision to become a high school British Literature teacher so I could pay the bills. I’ve also been an accounts receivable clerk, a receptionist and telephone operator (before cell phones), head of an elementary school library, and president of a food pantry, not in that order. I received a Master of Fine Arts in Creative Writing degree in Popular Fiction at the fabulous Stonecoast program in Maine, where I met many talented writers, who encouraged me and made my writing better. And now I’m an author writing about dark heroes, feisty heroines, magic, and other fantastical things.