Scheduling Deluxe Tour Wrong Side of the Rift 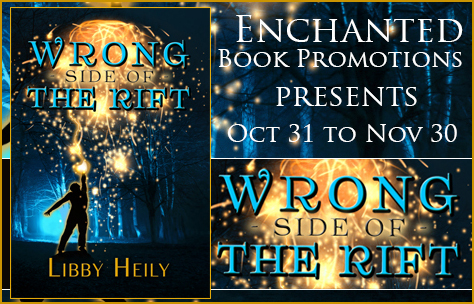 We’re scheduling a tour for YA Fantasy “Wrong Side of the Rift”. The tour runs from October 31 to November 30. 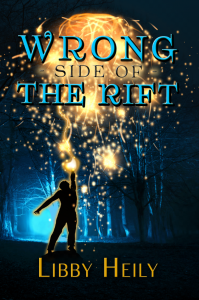 Title: Wrong Side of the Rift

Grape can’t unlearn what living in Sortilege Falls has taught her. Magic is real. Vampires live among us. And there’s a portal in her back yard that leads to another world.

A few weeks ago, Grape lived a quiet life with her family in Watts Landing. Now, she’s stuck in Sortilege Falls, searching for a way to rescue her brother from the other side of the rift. She’s connected to Brad through dreams and what she sees terrifies her. Brad is being tortured into performing magic and, even worse, he’s being forced to torture others.

Grape hounds the magic folk in town, seeking a way through the rift. Her mother’s memory’s been stolen. Her new vampire friend refuses to help. Grape must do it all alone. What she uncovers is a whole host of secrets about the town and her own family. And she’s not the only one hunting for answers.

I was born during a blizzard. I’m told it was pretty cool but I have no memory of that time. I grew up in two tiny towns in Virginia and spent most of my twenties moving around the US. I’ve lived in Virginia, Florida, Missouri, and Washington. I’ve settled down, for now, in Raleigh, North Carolina.

I’m a writer and improviser. I studied acting in college but spent more time rewriting lines than memorizing them. My first play, Fourth Wall, was produced my junior year. Since then, I’ve written several full length plays, one acts and screenplays. I started writing fiction in my late twenties. Now, I focus mainly on novels but still dabble in theater.

Fun facts about me: There are none. I’m sorry to disappoint you so soon. But, I do love to read, write, and run. My hubby is my favorite person on earth. Dogs are my second favorite. All dogs. I love orange juice, especially when it’s mixed with club soda. Carbonation is better than alcohol. Jaws is my favorite movie. Everything I’ve said so far is true.