Scheduling Tour The Monster of Selkirk: The Duality of Nature 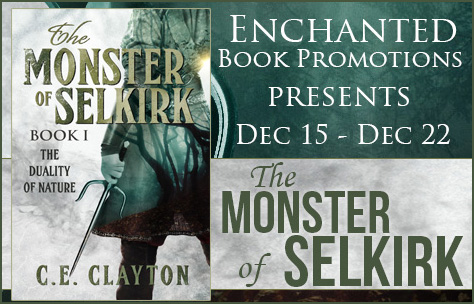 We’re scheduling a tour for fantasy “The Monster of Selkirk Book 1: The Duality of Nature”. The tour runs from December 15 to December 22. 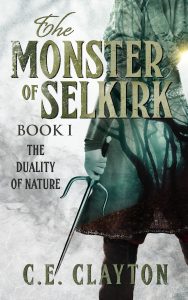 Title: The Monster of Selkirk Book 1: The Duality of Nature

Monsters come in many forms, and not everyone knows a monster when they see one. After three hundred years of monstrous, feral elves plaguing the island nation of Selkirk, everyone believes they know what a monster is. Humans have learned to live with their savage neighbors, enacting a Clearing every four years to push the elves back from their borders. The system has worked for centuries, until after one such purge, a babe was found in the forest.

As Tallis grows, she discovers she isn’t like everyone else. There is something a little different that makes people leery in her presence, and she only ever makes a handful of friends. But when the elves gather their forces and emerge from the forests literally hissing Tallis’s name like a battle mantra, making friends is the least of her troubles. Tallis and her companions find themselves on an unwilling journey to not only clear her name, but to stop the elves from ravaging her homeland.

C.E. Clayton was born and raised in the greater Los Angeles area, where she attended the University of Southern California (Fight On!) for both her Bachelors and Masters, and then worked in the advertising industry for several years on accounts ranging from fast food, to cars, and video games (her personal favorite). After going the traditional career route and becoming restless, she went back to her first love—writing—and hasn’t stopped. She is now the author of “The Monster of Selkirk” series and her horror short stories have appeared in anthologies across the country. When she’s not writing you can find her treating her fur-babies like humans, constantly drinking tea, and trying to convince her husband to go to more concerts. And reading. She does read quite a bit. More about C.E. Clayton, including her blog, book reviews, social media presence, and newsletter, can be found on her website: https://www.ceclayton.com/