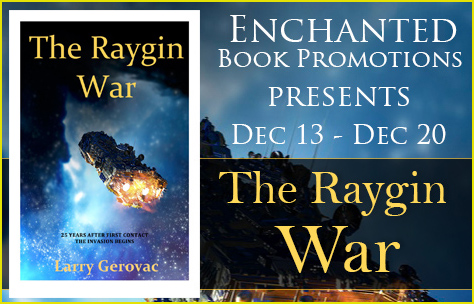 We’re scheduling a tour for science-fiction “The Raygin War”. The tour runs from December 13 to December 20.

We’re setting up book excerpt posts, author interviews and character interviews for during the tour. 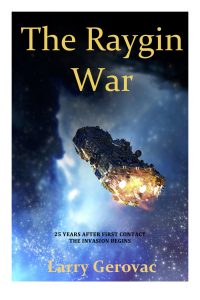 The Raygin War is a futuristic sci-fi story about an alien race that evolved from Carrion beetles. 25 years after first contact the aliens return with a fleet to invade human space. To stop the invasion the military puts all its hope into a single person. He’s an old school soldier who started his career as a ground pounder in the Sniper Corps. Mac has been involved in about every conflict the military has participated in. His skill as a sniper earned him the respect of every soldier who ever worked with him. He is a self taught killer. On the battlefield he has no equal. Whether it was killing the opponent in hand-to-hand combat, killing them with a weapon, or just plain old out maneuvering them Mac was the best the military had ever seen. When the Raygin war starts Mac is forced into a leadership role he wanted nothing to do with. Will Mac’s experience and talent be enough to neutralize the alien invasion? All is not what it seems. Read the Raygin War to see if the human race will survive and remain free. 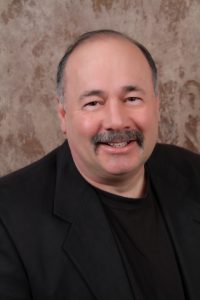 Larry Gerovac was born in the shadows of the steel mills, oil refineries, and railroadyards of the Midwestern United States. He is a Navy Veteran and a first generation American. He writes in the genre of Science, Sci-fi, Fantasy, and Horror.