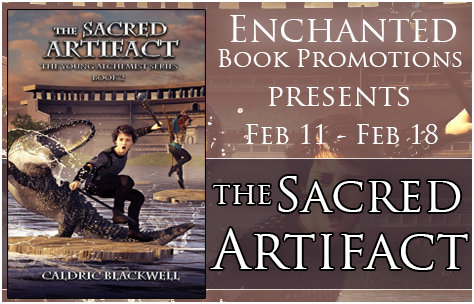 We’re scheduling a tour for “The Sacred Artifacts”. The tour runs from February 11 to February 18th.

We’re setting up promos, book reviews, author interviews and giveaways for during the tour. Giveaways are for three signed hard copies of the book. 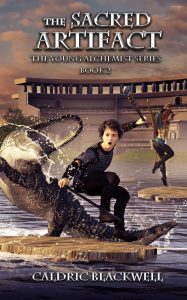 Determined to uncover the secrets of a mysterious artifact, fourteen-year-old alchemy student Craig Pike and his teacher, Cornelius, journey to the birthplace of alchemy to seek the advice of a wise, ancient alchemist named Quintus. With the help of a witty archer, Audrey Clife, they trek across dangerous lands, compete in a cutthroat tournament, and reunite with old friends. They soon find out the artifact is more powerful than anticipated, and they aren’t the only ones seeking to discover its secrets…. 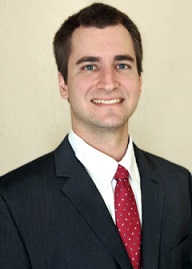 His interest in reading culminated in him studying English at the University of California, Santa Barbara. Exposure to a host of great authors inspired him to begin writing fiction and started his journey to becoming a children’s book author. Although he began writing short stories for adults, he was drawn to the whimsical, imaginative nature of children’s literature and began working on his first book for children.

Blackwell’s debut work is an adventure-filled early chapter book, titled “The Enchanted River Race,” which follows a team of children as they compete in a river race. His next release is the beautifully illustrated picture book “The Boy Who Couldn’t Cry Wolf,” which revolves around a young werewolf who is self-conscious about his inability to howl.

His most recent work is the two-part Young Alchemist series, which is targeted at a middle grade audience. The first book in the series, “The Missing Alchemist,” follows alchemy student Craig Pike and clever archer Audrey Clife as they travel across mysterious lands and battle other-worldly creatures in a quest to rescue a famous alchemist. The second book in the series, “The Sacred Artifact,” centers on Craig’s attempt to uncover the secrets of a mysterious artifact, which entails journeying to the birthplace of alchemy to seek the advice of a mysterious, ancient alchemist.