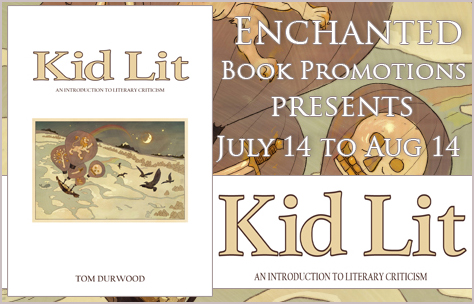 We’re setting up book reviews, book excerpt posts, promo posts and giveaways for during the tour. Giveaways are for copies of the eBook.

We have .pdf and .epub copies for reviewers. 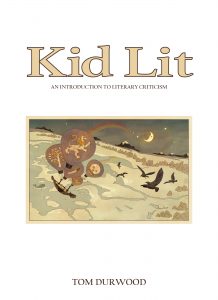 An award-winning teacher lays out the basic rules of literary criticism in this accessible guide.

Tom Durwood’s ebook on Kid Lit provides teachers and students with comprehensive information they can really use–definitions and clearly delineated explanations of the tropes of Kid Lit, scholarly essays and interviews that explore these ideas further, and classroom activities and exercises that allow students to relate what they’ve learned to works they’re familiar with and their own lives. Practical for teachers and accessible to a wide-range of students, the book also encourages readers to embark on further study through extensive reading and film lists included in the chapters. This book is an impressive and invaluable resource for any classroom exploration of Kid Lit. 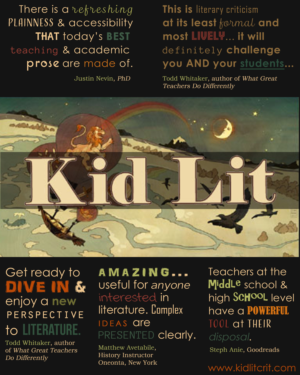 Tom Durwood expertly breaks down and explains literary theory in an easy-to-understand way. This book makes sense of reading critically and guides students to producing their own explanations of literature. 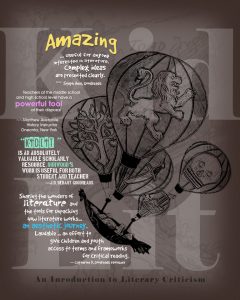 Tom has a gift for making complex ideas understandable to his cadets. His lesson plans are amazing! He can turn a standard freshman composition class into a forum for collaborative learning and global thinking. 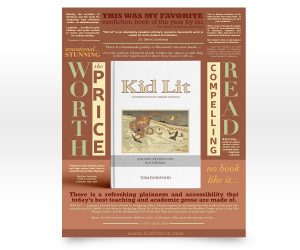 I enjoyed your book on Kid Lit and it fills a gap – I can think of several great intros to children’s literature (notably by Maria Nikolajeva and Roberta Seelinger Trites) but they are not exactly conversational.

I’d love to be in your class and the lesson plans look very fun. 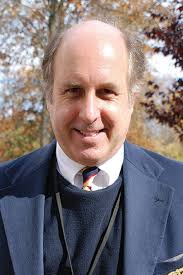 TOM DURWOOD is a teacher, writer and editor with an interest in history. Tom most recently taught English Composition and Empire and Literature at Valley Forge Military College, where he won the Teacher of the Year Award five times. Tom has taught Public Speaking and Basic Communications as guest lecturer for the Naval Special Warfare Development Group at the Dam’s Neck Annex of the Naval War College.

Tom’s ebook Empire and Literature matches global works of film and fiction to specific quadrants of empire, finding surprising parallels. Literature, film, art and architecture are viewed against the rise and fall of empire. In a foreword to Empire and Literature, postcolonial scholar Dipesh Chakrabarty of the University of Chicago calls it “imaginative and innovative.” Prof. Chakrabarty writes that “Durwood has given us a thought-provoking introduction to the humanities.” His subsequent book “Kid Lit: An Introduction to Literary Criticism” has been well-reviewed. “My favorite nonfiction book of the year,” writes The Literary Apothecary (Goodreads).

TODD WHITAKER is a professor of educational leadership at Indiana State University in Terre Haute, Indiana. He is a leading presenter in the field of education and has written more than 40 books, including the national bestseller, What Great Teachers Do Differently. He regularly presents at conferences such as the National Association of Secondary School Principals (NASSP), the Association for Supervision and Curriculum Development (ASCD), the Academy of Management Learning and Education, and the National Association of Elementary School Principals (NAESP)

The Illustrated ‘USG’ in China and other stories