We set up a book tour for psychological thriller “The Twilight Tsunami”. The tour runs from November 15 to November 22.

November 17th: Book Excerpt and Giveaway @ The Pursuit of Bookiness 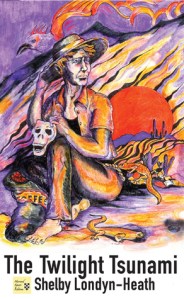 Grey is a hard-hitting foster care social worker who removes babies and children from dangerous drugged parents, violent homes, and families joined with criminal gangs.  He is unstoppable until a new social worker enters his department.  She is hungry for power and position, as she challenges Grey in malevolent and unexpected ways. As Grey yanks newborns from mothers, confronts irate parents, and lives through suicides of foster children aging out of the system, nothing stops him until he meets his nemesis, a truly power-hungry woman.

As Grey struggles to maintain his position at work, his ambitious co-worker strategizes to bring his career to an end. She plans her take-down in a stealthy, behind-the-back manner, as Grey wakes daily to the grind of child removals during his job as a Child Protective Services social worker. After he is attacked by an addicted, brutal father during a child removal, Grey becomes unruly to his supervisor, co-workers, and his clients while his enemy at work steps back and watches him unravel.

She delivers the final crush in an unexpected, malevolent manner. Grey teeters, no longer able to hold himself together, no longer able to perform on the job. He takes the next move, the last thing left for him to do to avoid a final melt-down, a final smear of his old self on a sheet of fly paper.

Shelby Londyn-Heath, a transplant from New York, has been a world-traveler, crossing the Sahara Desert on the back of a salt truck, working on banana plantations in Spain, an oil company in New York, and on coffee farms in Hawaii. She has jumped freight trains across the United States, and she was the proud owner of a beachfront bamboo hut on the Canary Islands. She has worked as a counselor, social worker, and teacher.