Release Blitz Batten Down The Hatches 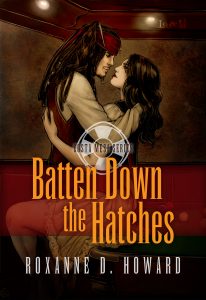