We set up a book tour for scifi “Redfern”. The tour runs from April 3 to May 3. 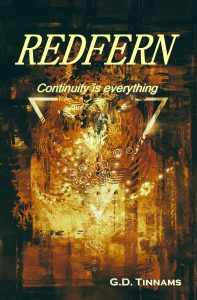 “Humans don’t project past their own frequency. It’s why you’re so isolated as a species. The beings of other frequencies can only witness what you build and feel what you destroy.”

The machines have taken over and mankind is cast out.

Millennia later, the inhospitable planet of Redfern is in the process of being made habitable for the proposed rebirth of the entire human race. All is proceeding as planned until Enforcer, Ted Holloway, witnesses the unexpected appearance of a long dead and former friend – A man who can become invisible and immaterial, a man that can penetrate any and all security.

A man whose very existence should be impossible.

As Ted and his superior, Lisa Carmichael, investigate further, they face dangers and creatures that challenge their very concept of reality and also encounter the colony’s caretaker Machine Mind and the human Security Commissioner, both of whom have opposing and intricate agendas of their own.

For the true nature of Redfern is stranger and more deadly than anything Holloway or Carmichael can possibly imagine.

And it could change or destroy humanity forever… 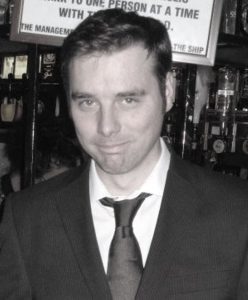 I have been reading and watching science fiction since I was old enough to watch Peter Davison walking around an unrealistic jungle set in Doctor Who. The first set of sci-fi books I ever read was The Tripods trilogy by John Christopher without ever having watched the resultant TV series. The Tripods were scary.

Over the years I’ve come to love a variety of science fiction and fantasy books from many different eras and so came to the conclusion that I wanted to create my own adventures, set in my own worlds, with characters that acted and felt like real people. My third novel ‘Redfern’ is an adventure story which poses question about alien first contact, artificial intelligence, the singularity and the continued survival of our species at any cost.

“If you love your science fiction on the cinematic side but also want big ideas, intelligently explored, look no further.”